July marks the start of the Mara River crossings as well as the mating season in the Serengeti!

July marks the start of the Mara River crossings as well as the mating season in the Serengeti!

The herds have reached the western Serengeti and are peering closely at the brown waters of the rivers they have to cross. Why? Huge Nile crocodiles, that's why!

A very huge herd of the wildebeest were seen crossing number 8 from Kogatende side to Lamai Wedge.

Lamai is a triangular-shaped watershed area just north of the Mara River. Lamai's freshwater and verdant grasslands serve as a critical refuge for the wildebeest and zebra during the dry season. In fact, the majority of the migration usually resides here from July until November. It's one of East Africa's best secrets that during the dry season, the secluded Lamai Triangle holds more of the migration then the more heavily touristy Masai Mara Game Reserve just to the north in Kenya.

Lamai Serengeti Camp is set amongst the rocks of Kogakuria Kopje with panoramic views in a remote corner of the northern Serengeti, just 4-minutes from where the wildebeest cross the Mara River, usually between late July and October.

Perfect as a honeymoon destination or as a luxury retreat from which to enjoy the many splendours of the Serengeti, Lamai Serengeti Main Camp delivers the very best that this extraordinary region has to offer, from an incredible location to exceptional guiding, service and cuisine. 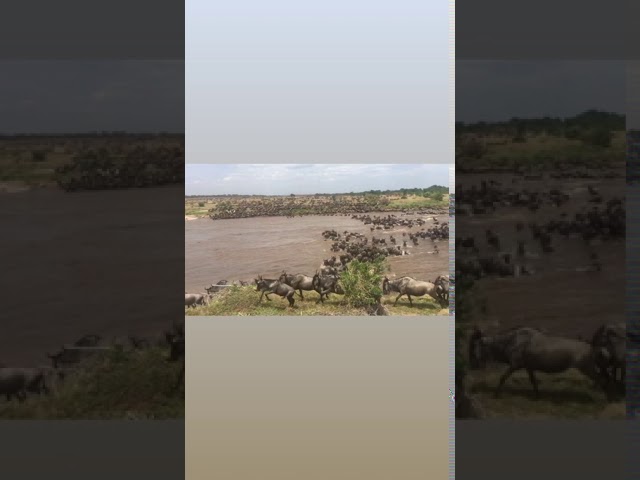 Previous: July marks the start of the Mara River crossings as well as the mating season in the Serengeti!

Next: The great wildebeest migration is negotiating their way northbound